Flood precast worked over the last two years in partnership with Glenveagh homes in providing over 30000sq metres of Hollowcore floorings for this substantial housing development Marina Village in Greystones Co. Wicklow.

Marina Village is part of a substantial planned development in the picturesque fishing village of Greystones that took 10 years to come to execution. The project included a new harbour and marina built via a public-private partnership between Wicklow County Council and developers. It represents the State’s largest marine works since the construction of Dún Laoghaire pier in the Victorian era.

Rowan Point is the first of three apartment buildings and when finished will comprise 109 units of which 95 are apartments and 14 will be three-bed townhouses. Picturesque views from all blocks being built Block J will look out to North Beach and Bray Head. Block I are east to sea and west to the Sugarloaf. 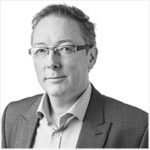 John joined Flood Precast in 1996. He served as a Senior Manager in all areas of the business, and is currently General Manager, responsible for the day to day running of Flood Precast. With 25 years’ experience behind him 17 of which have been dedicated to Precast Concrete, Johns focus is on developing a sustainable growth strategy for the business and delivering value for our customers.

Contact John for projects in the UK. Email john.oconnor@floodprecast.ie

With the benefit of prestressing and low self weight, longer spans can be achieved for the same loads or greater loads for the same depths.
Find out more >

Flood Omnia slabs are made from reinforced concrete. For a prestressed solution see our Wideslab Flooring.
Find out more >

If you require longer spans and reduced weights see our Voidslab® flooring product.
Find out more >